Soon enough the mirage of Extended Reality will turn favelas into colourful housing estates. Would you take off your glasses to get back from paradise to reality? Will it be possible at all?

Virtual Reality (VR) changes our view of the world. Thanks to it, nothing will ever be the same again. It helps at work, streamlining the implementation of complex engineering tasks. The most modern passenger ship — The Celebrity Edge — was designed entirely using virtual reality. When a failure occurs, repairs will be done according to the design seen as a virtual backdrop, seen through glasses and transposed onto real machine parts. Virtual Reality (VR) changes our view of the world. Thanks to it, nothing will ever be the same again. It helps at work, streamlining the implementation of complex engineering tasks. The most modern passenger ship — The Celebrity Edge — was designed entirely using virtual reality. When a failure occurs, repairs will be done according to the design seen as a virtual backdrop, seen through glasses and transposed onto real machine parts.

In May, in selected Adidas stores, customers were offered a virtual walk through the streets of Tokyo.  VR gaming salons, where you can save the world from a zombie attack, are now springing up like mushrooms in the rain. 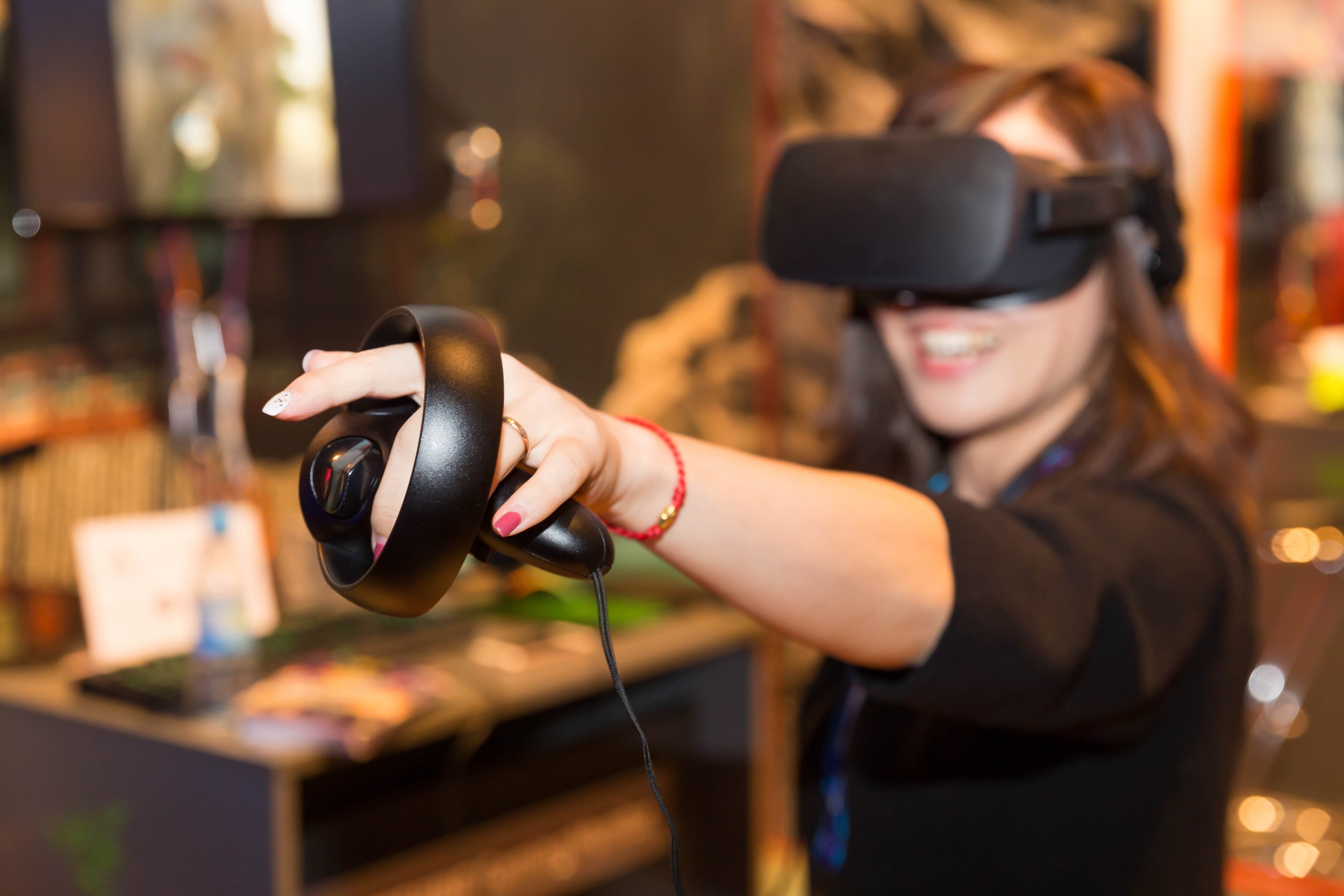 The Augmented Reality (AR), for that matter, is for everyone and everywhere. It allows you to freely observe the space around you and move around in a completely normal way. Additional content, 3D objects, images, videos and sounds are visible at the same time as the real image on your phone’s display. So you can see the virtual reality only when you want to — and only when you’re looking at the thing where virtual content is “hiding”. This enables you to act freely — you can shop, ride a bike, refuel a car, and at the same time see selected messages that are invisible to the naked eye. This vision has been developing in the automotive world for a long time, so that instead of thousands of signs on the side of the road, only those interesting for the driver appear on the window  in the current route. It’s a breakthrough technology you’ll love, because it’ll make your life easier and it’s not intrusive.

Favelas (Portuguese favela) are poverty districts in Brazil. Homes built with the least expensive materials are shelter to the poorest social groups. It is estimated that the favelas of Rio de Janeiro are inhabited by more than 20% of the city’s population. It is a situation where slums set the standard of living for large social groups, promoting the greyness and hopelessness of everyday life. It is a chaotic, neglected urban space that houses a frustrated and humiliated civic community that cannot afford to improve their living conditions.

The grey and depressing space, decorated randomly and without a plan, requires the joint work of urban planners and artists in order to give meaning to the lives of millions of its inhabitants, inspire them to act and raise their spirits through a visual change in the environment.

In such cases, AR is a perfect tool for stimulating creative thinking and social activation through virtual modification and beautification of the space. What is visible virtually is already enjoyable.  However, it disappears when the glasses are removed or the phone is switched off. Still, the most important thing is that this vision stimulates us to do simple work, imitating what we liked so much about the proposed digital project — a project almost as real as if it was real.

Virtual templates and artistic projects can be created by creators of urban space together with artists as part of the activities of non-governmental agencies, communicating the program to local opinion-makers in Internet campaigns.

Painting a few walls does not cost much, and the inspiration for action may be the virtual projection seen on a smartphone. You don’t need to be an artist — you just need to want to change something around you and paint where you can see you can see your activity in the virtual world. It is possible with a smartphone in one’s hand although, with glasses on, it would be similar to filling in a child’s colouring book. The space around us directly influences our mood and creativity. Visual stimuli can discourage or stimulate action. Warm, joyful colours seen virtually will release the desire to take action leading to the realization of the effect seen on the smartphone’s screen.

Augmented Reality offers the possibility of a completely new, unconventional, and yet  very effective, cooperation between urban space development organisations and artists, providing a recipe for improving the appearance of space in poverty-stricken districts. The Augmented Reality is therefore a tool that gives us a chance to help improve the lives of many people around us — it becomes a transmission belt conveying knowledge and detailed instructions on what to do and how to do it. The social effect of such actions will be colossal.

It is best to help others when we are happy ourselves. Although your apartment is more positive than the slums of Rio de Janeiro, from time to time it also needs to be refreshed and changed.

We like to arrange the space around us so that it not only pleases us, but also impresses others. However, we are not always able to do it. It doesn’t always work out. You search for help in guides, looking at the show interiors and getting inspiration from those who deal with it professionally and share their experience. Augmented Reality can shorten the distance between “I want to do it” and “I know how to do it”. In other words, it’s all about combining our visions, tools and materials available on the market with the knowledge of how to use them.

Success lies in the ability of bloggers and professionals to reach out to potentially interested audiences. The Augmented Reality is a channel of communication that makes it possible. It uses a smartphone to give you only the information you need now and only when you want it.

It’s a bit like a magical genie flying out of a can of paint after it has been opened,  telling you what to do — and what’s more, it shows you what the effect will be. It is enough to combine the knowledge of the product we buy with the practical knowledge of craftsmen (or even artists, if you are ambitious enough). With AR, you will be able to see the selected colour on the surface you want to cover before you start doing so. You will be able to get inspired to make more complex projects, and your phone will tell you what materials you need and select brushes, primers and the optimal amount of paint. Simple patterns available for everyone, sophisticated, artistic designs — for premium users. Your smartphone will recognize the size and type of surface, and if not, you can identify these criteria manually. Selected instructional videos will show you which tools to use and  what to do and in what order. You will also know how much time you need and how much it will cost you — so that you can prepare yourself properly and your work will be a pleasant creative process.

These were 2 of the 8 most creative ideas for using AR. The next topics will be: city tours in the style of Back to the Future and the end of the loyalty card era. I’ll prove to you that you’ll get rid of the cards before the snow falls.