Another act of revolution in communications is taking place in front of your eyes. 87% of us haven’t noticed it yet and that’s perfectly normal. Before television became a global medium, it was approached with scepticism. If we had believed an industry guru 40 years ago, we would not have computers at home now, but today we all have them in our pockets and can use them to expand the reality around us.

Augmented Reality (AR) is an extension of physical reality with additional digital content that can be seen using special glasses or your smartphone. The phone enables you to look at the world from a completely different perspective and see a view of not one, but two realities overlapping each other and instead of ordinary advertising see for example this: 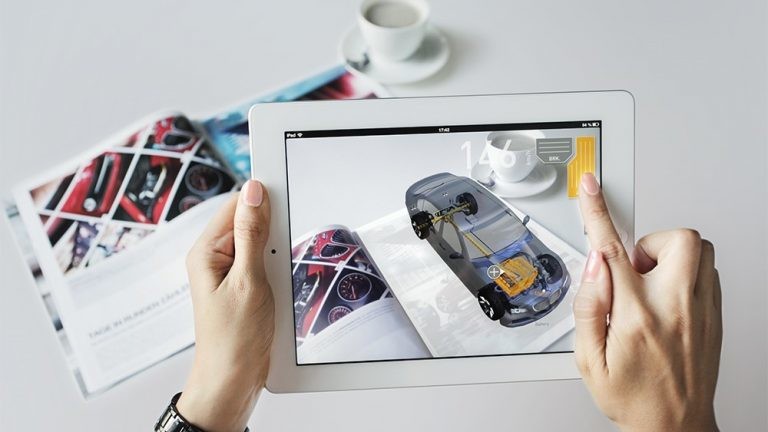 Snowboard, as a concept of the 80’s, met with considerable scepticism from ski equipment manufacturers and skiers. It was supposed to be only a niche alternative for the rebellious youth. The Burton brand flourished on this mistaken assessment, but in the early 1980s Jake Burton himself had to “beg” for permission from the first ski resorts to enter the slope.

Predicting the future — not only in sport and entertainment, but also in the case of breakthrough products and technologies — is not easy, regardless of the position from which it is made. A good example is the former IBM CEO Thomas Watson, who said in 1943: “I think there is a world market for maybe five computers”. This was the beginning of the IT industry, with barn-sized machines, wars and completely different needs dominating the market. Naturally, IBM did not give up on production, but then, in the mid-20th century, the industry’s boldest futurists did not expect such computer development.

Opinion leaders often fail to notice revolutionary devices or technologies. According to the principle “the closer to the sun, the colder”, Darryl Zanuck, a member of the 20th Century Fox board, predicted the collapse of television as a medium. “Television won’t be able to hold on to any market it captures after the first six months. People will soon get tired of staring at a plywood box every night,” he said in 1946. Darryl Zanuck was the producer of over 100 films and the undisputed authority of the industry.

While Wozniak and Jobs were launching Apple II, Ken Olsen, a visionary from the electronics industry and founder of Digital
Equipment Corporation (bought by Compaq in 1998), predicted that “there is no reason anyone would want a computer in their home”. At that time DEC produced processors and computers for the industry. They had been developing technology and capabilities for years and they were a dynamic company, confident in their own assessment of the situation. Four years later IBM launched its first PC on the market. 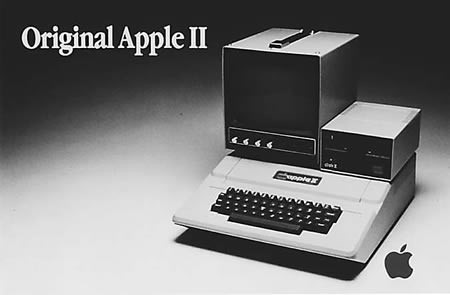 Today, as never before, we are dealing with extremely fast and dynamic communication and overwhelming, often aggressively imposed, information. It seems obvious that such a situation requires a change of the communication channel to one that will make it possible to convey the content, but only when it is welcome by the recipient.

This may seem unlikely, but we already have a breakthrough technology that uses Augmented Reality (AR) to build a completely different kind of customer relationship. This is an extremely popular tool because it satisfies human curiosity and enables us to read seemingly hidden content.

Each of us is a user of some technology – it suffices to have a smartphone and a desire to discover what is not visible to the naked eye and to see what is “on the other side of the mirror”. Augmented Reality is not a completely new idea; its beginnings go back to the 1980s. Like any other breakthrough technology, it needed to be refined and developed. It is now mature, and the fact that each of us has a smartphone with Internet access allows us to use it as a new communication channel.

This technology has been available for the past few months to anyone who uses Facebook or Snapchat. But it’s all about fun. 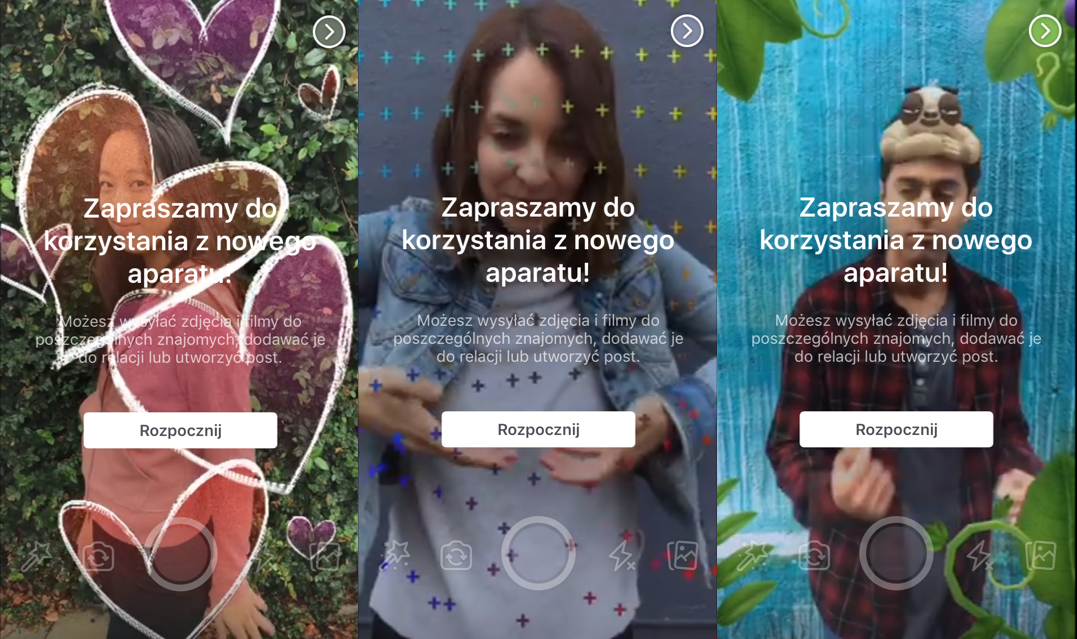 Why do we like using AR so much? Probably because it refers to the basic emotions that drive humanity in its development — happiness and surprise. Our cognitive nature of the explorer motivates us to act. The unknown amazes us because we like surprises.

What is hidden behind the poster at the bus stop? An interesting video, a voucher or maybe a game? It may be something else every day. Thanks to AR, the message reaches only those recipients who, in certain circumstances, want to see more than what is visible to the naked eye. What does the label of your favourite drink hide? A video showing its production, a matching musical hit, or maybe an invitation to go clubbing with a limited number of seats? Thousands of ideas…

In contrast to television, publication results are easy to analyse, marketing effects are measurable and corrections can be made in real time.

The use of AR by recognized brands is a fulfilment of the dream of conveying a secret, but only to the initiated, where additional content is visible only to those who want to read it. Each of us knows stories about mysterious missions and confidential messages conveyed on seemingly blank pages. Children still use lemon juice or vinegar for this purpose, which only appears when heated over a candle.

Satisfying curiosity is not the only motivation. As well as positive stimuli, we need rest, which in an urban jungle full of informational noise is quite a challenge. 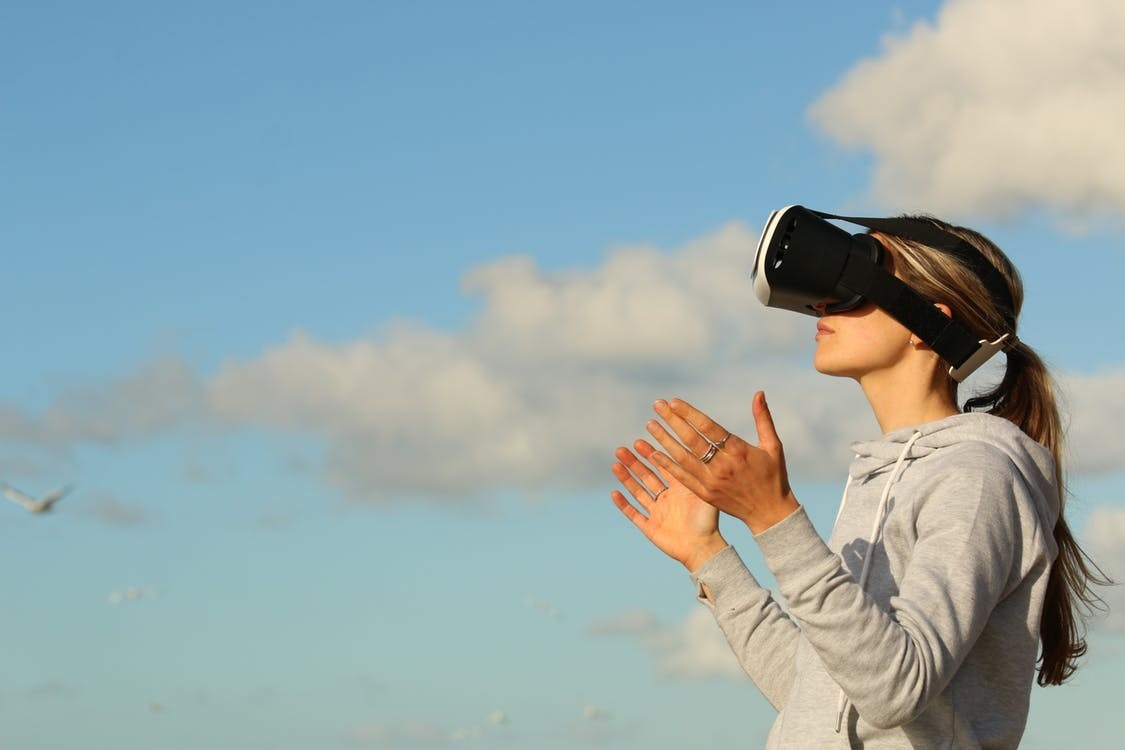 There is now talk of having to regulate the amount of time spent in front of a computer or on the Internet. In this context, a non-invasive message appears to hit the bull’s eye. The AR message is dormant and waiting to be triggered, and apart from the audience willing to discover it, no one will ever see it again. Thanks to such tools, it is possible to support socially important campaigns in a targeted way or to promote a specific dictionary of values that is understandable for the recipient we are interested in.

It is a tool to democratize the market and enables direct interaction: the recipient has access to the entertainment he or she is interested in, has the opportunity to benefit from a promotion or take part in a social event, like it or comment on it.

In the world of the global market, positive experiences of buyers, the so-called Customer Journey, are the basis for strategic decisions of companies that positively shape their relations with customers. However, the use of AR as a communication channel has a significant impact on the audience and, just like traditional mass media, is a tool requiring responsible use.